What Is an Eating Disorder?

An eating disorder (ED) is a medical/psychiatric condition that consists of disordered eating patterns that cause significant psychological distress and leads to impairment in an individual’s life in areas such as personal relationships, academics, work, and/or social interactions. However, an eating disorder can also be thought of as a dysfunctional coping mechanism similar to other dysfunctional coping mechanisms such as alcohol and substance abuse. And while many individuals with an eating disorder may seem resistant to changing their behaviors, they usually wish they never had the ED to begin with.

Often, the general public and misinformed individuals believe that an ED is about one’s preoccupation with wanting to “look good” and a desire to be thin. This is akin to saying an alcoholic drink because he is thirsty. An eating disorder numbs and preoccupies an individual’s thoughts to the point where there is an “escape” from reality. As a result, patients often lose connections with friends and family and suffer setbacks in work and academics. Furthermore, outsiders can only see a fraction of the behaviors and physical attributes of an eating disorder and never can see or experience what is going on inside the mind of a person suffering from an eating disorder. It is this mental dialogue that causes the great distress that truly defines an eating disorder. It is an internal voice that is constantly thinking and worrying about food, weight, body image, calories, exercise, and related eating disorder obsessions. Additionally, that internal voice is very self-demeaning telling oneself that they are a bad person, undeserving, and not worth anything. It is this component of the eating disorder that others are unaware of in a person who struggles, yet it is this component that makes an eating disorder so devastating. An eating disorder is NOT a choice.

An eating disorder takes the intangible emotional world that at times can make someone feel they have no control over, and refocuses their thoughts on more tangible things. One cannot pick up and hold emotions. You cannot visually see emotions and they cannot be avoided. There are no numbers or units associated with emotions so one cannot measure them. People often feel they cannot control what emotions “come in,” and what emotions “go out.” The emotional aspect of stressors in life can often not be avoided. But with an ED one can look at foods, hold them, see them. They can measure calories or their weight and attempt to regulate those numbers. They can decide what food goes in, and even what comes out. They can avoid certain foods, events, picnics, and restaurants. There is no need to, nor time to, focus on the stressors in life that can create pressure. An ED alters how a person feels. They do not feel sad, they “feel fat.” A false perception is formed that happiness can be achieved by reaching their eating disorder goals. Frustration occurs because there is no true happiness when a goal is reached. And the cycle continues.

Still, an eating disorder, despite its harmful and even potentially lethal effects, serves a purpose: it acts as a coping tool. Granted, not a healthy one, but nonetheless, to the individual it is an escape from dealing with life stressors that cause pain to a person’s ego. An ED is a way to “self-medicate” just as alcohol, illicit drug use, gambling, sex, shopping addictions, and other harmful behaviors are for others. The “side effects” of self-medicating with eating disorders are what makes them have the highest mortality rate (even greater than depression, bipolar disorder, schizophrenia, etc.) in all of psychiatry. 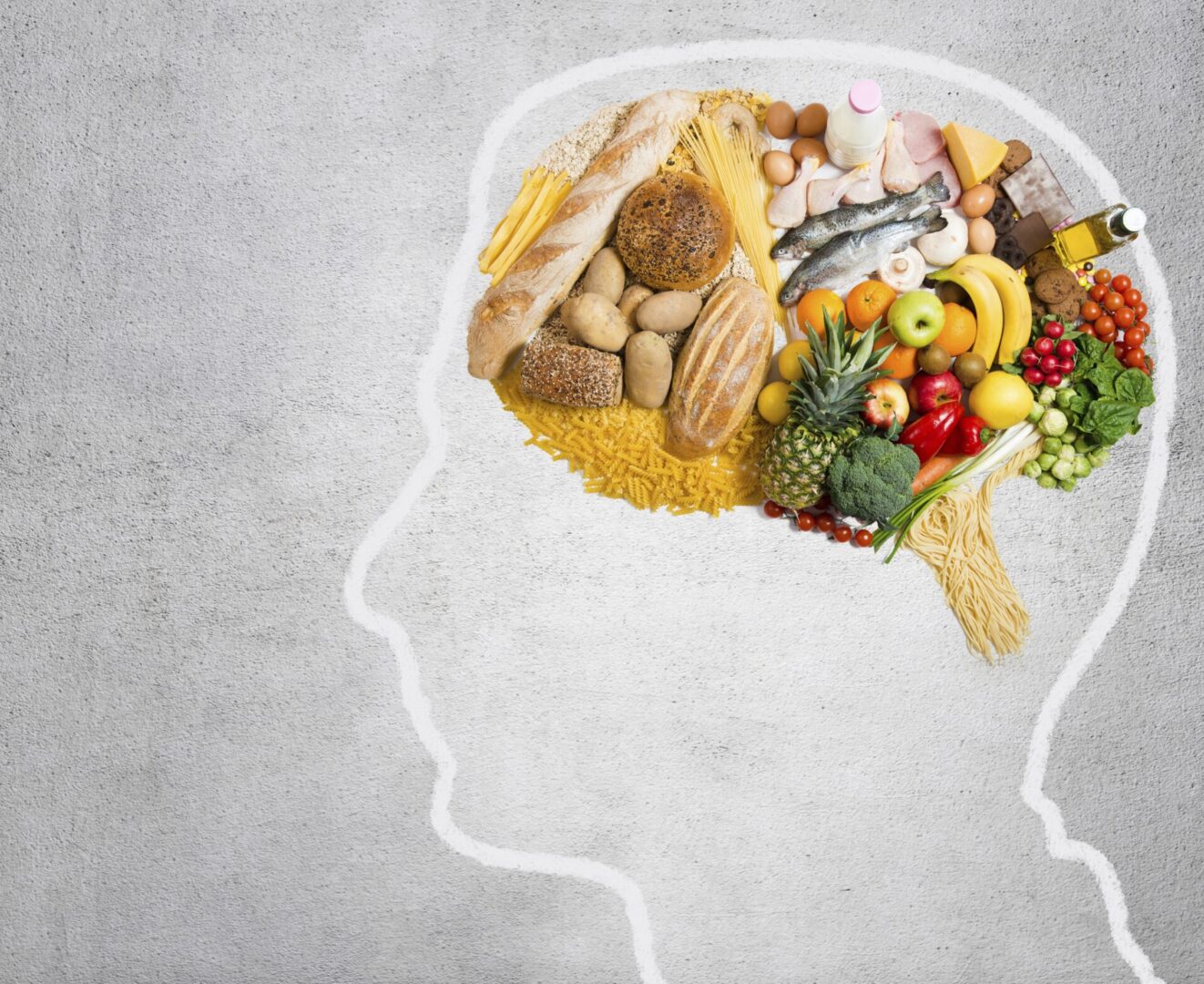 The prevalence of anorexia nervosa is about 1-2.2% of the general population.

The prevalence of bulimia nervosa is about 1-2% of the general population with 5-10% having some symptoms.

The prevalence of binge eating disorder (BED is about 1-5% of the general population.

The typical person who has an eating disorder intelligent, often a perfectionist, from a family of middle to high socioeconomic status, and eating disorders have the highest mortality rate of any psychiatric disorder (10-15%).

In deaths related to eating disorders, about 50% are from medical complications (especially cardiac) and the other 50% are from suicide.

Females account for about 90% of the cases of eating disorders.

Nearly 30% of individuals with an eating disorder may have coexisting alcohol or illicit substance use issues.

Even fully recovered patients who have had a prolonged eating disorder may suffer a lifetime of related complications.

The prevalence of body dysmorphic disorder (BDD) is 7-12% of the general population and is often associated with an eating disorder.

About 7-12% of patients undergoing plastic surgery suffer from BDD, and in follow-up studies had greater BDD issues after surgery.

For clinicians, the “official” diagnosis of an eating disorder is made by using the criteria listed in the Diagnostic and Statistical Manuel V Edition (DSM-V). However, the one criteria the DSM-V fails to emphasize is the persistent, obsessive, relentless self-talk in one’s mind, not only about food, weight, calories, vomiting and purging, exercise, body picking and measuring, and physical self-assessment, but there comes with that an overload of self-degradation, feelings of worthlessness, disappointment, hopelessness for a “normal life,’ and often a will to live. It is these internal thoughts that lie at the core of the immense distress that torments the sufferer. Unfortunately, these thoughts are not taken onto concern for DSM-V diagnosis codes for insurance consideration at even treatment planning. Please remember that even when one no longer meets the DSM-V criteria for an eating disorder diagnosis, one may still be internally suffering and desperate. 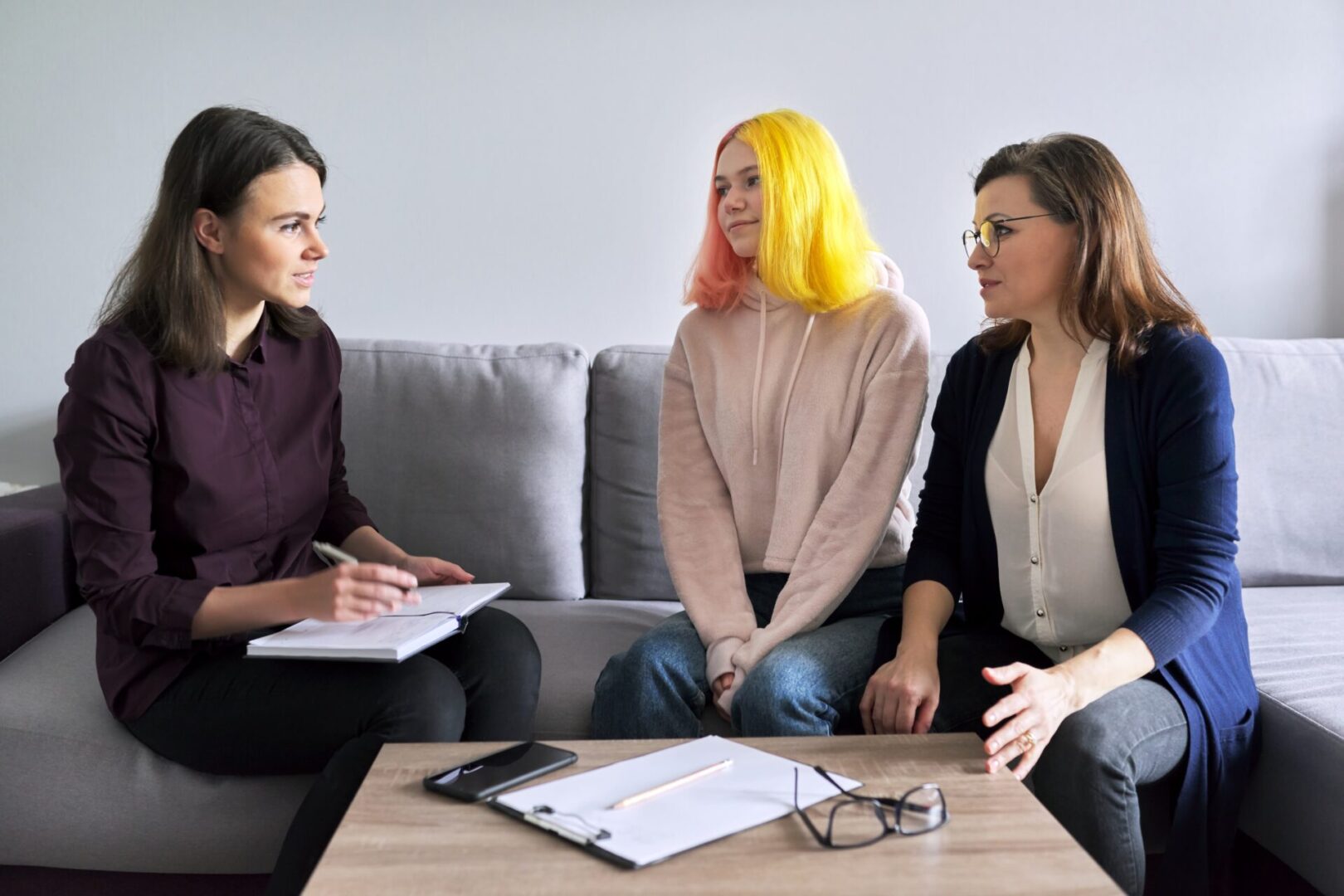 Anorexia nervosa (AN) is a disorder in which individuals exhibit significant weight loss and extreme restrictions in their food intake. It is estimated that 1%-2.2% of the population meet criteria for anorexia nervosa which includes:

Restricting type: During the last three months, the individual has not engaged in recurrent episodes of binge eating or purging behavior (i.e. self-induced vomiting, or the misuse of laxatives, diuretics, or enemas). This subtype describes presentations in which weight loss is accomplished primarily through dieting, fasting, and/or excessive exercise.

Binge-eating/purging type: During the last three months, the individual has engaged in recurrent episodes of binge eating or purging behavior (i.e. self-induced vomiting, or the misuse of laxatives, diuretics, or enemas).

Bulimia nervosa (BN) is a disorder in which individuals eat excessive amounts of food in a short period of time and afterwards eliminate this food from their body through some type of purging behavior. It is estimated that between 1.1% to 4.2% of the female population suffers from BN. Criteria includes:

A feeding or eating disturbance (e.g. lack of apparent interest in eating food; avoidance based on the sensory characteristics of food; concern about aversive consequences of eating) as manifested by persistent failure to meet appropriate nutritional and/or energy needs associated with one (or more) of the following:

Other Specified Feeding or Eating Disorder

Symptoms characteristic of a feeding or eating disorder that cause clinical distress or impairment in social, occupational, or other important areas of functioning predominate.

However, DO NOT meet the full criteria for any of the disorders in the feeding and eating disorders diagnostic class.

This category can also be used in situations to communicate the specific reason the presentation does not meet the criteria for a specific eating disorder.

This is done by recording “other specified feeding or eating disorder” followed by the specific reason e.g. “bulimia nervosa- low frequency”.

1. Atypical Anorexia Nervosa: All of the criteria for anorexia nervosa are met, except that despite significant weight loss, the individual’s weight is within or above the normal range.

2. Bulimia Nervosa (of low frequency and/or limited duration): All of the criteria for bulimia nervosa are met, except that binge eating and inappropriate compensatory behaviors occur, on average, less than once a week and/ or for less than 3 months.

3. Binge-Eating Disorder (of low frequency and/or limited duration): All of the criteria for binge-eating disorder are met, except that the binge occurs, on average, less than once a week and/ or for less than 3 months.

4. Purging Disorder: Recurrent purging behavior to influence weight or shape (e.g. self-induced vomiting; misuse of laxatives, diuretics, or other medications) in the absence of binge eating.

5. Night eating syndrome: Recurrent episodes of night eating, as manifested by eating after awakening from sleep or by excessive food consumption after the evening meal. There is awareness of recall of the eating. The night eating is not better explained by external influences such as changes in the individual’s sleep-wake cycle or by local social norms. The night eating causes significant distress and/or impairment in functioning. The disordered pattern of eating is not better explained by binge-eating disorder and or another mental disorder, including substance use, and is not attributable to another medical disorder or to an effect of medication.

Symptoms characteristic of a feeding and eating disorder and cause clinically significant distress or impairment in social, occupational or other important areas of functioning predominate:

However, DO NOT meet the full criteria for any of the disorders in the feeding and eating disorders diagnostic class.

Used when the clinician chooses not to specify the reason that criteria are not met for a specific feeding and eating disorder.

This includes times when there is insufficient information to make a more specific diagnosis (e.g. in an emergency room setting).

What Causes an Eating Disorder?

The 1st “P” are the Predisposing Factors. Eating disorders and other mental health conditions are thought to have underlying genetic factors that are inherited at birth much in the same way that eye and hair color is determined by genetics. Several medical and psychiatric conditions, including eating disorders, have been shown to have suspected genetic markers that MAY predispose one to develop certain conditions and certain specific gene markers have been identified by prominent eating disorder researchers.

The 2nd “P” are the Precipitating Factors. Just because one inherits the genetic properties that may make one prone to a certain illness, it does not mean they will get that illness. It is believed that many people may be genetically prone to conditions such as heart disease. Still, if they eat healthy, exercise, avoid tobacco, and generally take care of themselves, they may never develop the illness. Likewise, with eating disorders, there are certain types of stressors and triggering events that can “set off” disordered eating patterns in an individual including trauma, excessive stress, emphasis on dieting and body image, media exposure, and dysfunctional relationships.

The 3rd “P” are the Perpetuating Factors. Perpetuating factors are conditions and situations that support and maintain the disordered eating patterns. Perpetuating factors may include environmental stressors such as difficult interpersonal relationships or they may be of a biological nature such as changes that occur in neurotransmitters and the brain’s anatomy that can be affected by an eating disorder. Other perpetuating factors can include denial of the condition by the patient and or their support system or a lack of quality treatment.