About Our Research and Publications

About Our Research and Publications 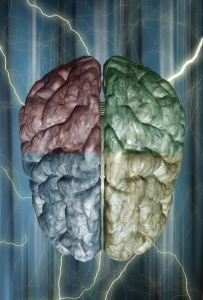 This page contains summaries and abstracts of recent and/or interesting research that has been conducted in the fields of eating disorders, mental health, neuroscience and medicine. For additional information, please reference the sources listed for each study.

Dr. DeSarbo is the Editor and News Host of the Eating Disorder News Network. Please go to visit www.EatingDisorderNetwork.com for video newscasts for more of the latest research.

BACKGROUND: Disturbed interactions with one’s body and with other persons are two major features in eating disorders. This study was designed to assess current and childhood characteristics of eating-disordered men. METHODS: The authors interviewed 32 men with eating disorders (anorexia nervosa: N=9, bulimia nervosa: N=15, eating disorders not otherwise specified: N=8) and 43 control participants with no such history similar in age and educational status. The Structured Clinical Interview for DSM-IV was used to assess Axis I disorders and a self-designed interview to assess actual social and sexual characteristics and childhood body-focused and social behaviors including sexual and physical abuse. RESULTS: The two groups differed significantly with regard to clinical, sexual and social features, with a three times higher rate of psychiatric disorders, fewer sexual and social relationships in the index group than in the controls. Eating-disordered men differed significantly from controls on most measures of body-focused and social behaviors, displaying higher rates of thumb sucking, nail biting, auto-aggressive behavior, and nudity as a familial taboo during childhood, as well as less parental bodily caressing than did controls. The index group reported significantly poorer relationships to their parents, fewer friends and persons of trust, and more often had adjustment problems at school than did their counterparts. CONCLUSIONS: Our data show that disturbed interactions with one’s body and with other persons in eating-disordered men are associated with a body-denying and distant family climate and an auto-aggressive, anxious and inhibited social behavior during childhood.

OBJECTIVE: There has been much interest in the use of atypical antipsychotics in anorexia nervosa (AN). However, newer, more weight-neutral medications have not been studied in AN, and there are no reports of the use of antipsychotics in bulimia nervosa (BN). METHOD: We report on the treatment of eight patients (five with AN and three with BN) with aripiprazole for time periods of four months to more than three years. RESULTS: All individuals had reduced distress around eating, fewer obsessional thoughts about food, weight and body image, significant lessening of eating-disordered behaviors, and gradual weight restoration where appropriate. Depression, generalized anxiety, and cognitive flexibility improved as well. DISCUSSION: In summary, these findings support the need to perform controlled trials of aripiprazole in AN and BN. (c) 2010 by Wiley Periodicals, Inc. Int J Eat Disord 2010.

CJ, Gordon CM. Early osteoporosis is common among adolescent girls with anorexia nervosa (AN) and may result from premature conversion of red (RM) to yellow bone marrow. We performed right knee magnetic resonance imaging on a 1.0-T extremity scanner in 20 patients and 20 healthy controls, age 16.2 +/- 1.6 years (mean +/- SD). Coronal T1W images and T1 maps were generated from T1 relaxometry images. Blinded radiologists visually assessed RM in the distal femoral and proximal tibial metaphyses in T1W images, using a scale of signal intensity from 0 (homogenous hyperintensity, no RM) to 4 (all dark, complete RM). Subjects with AN exhibited nearly two-fold lower metaphyseal RM scores in both the femur (0.64 vs. 1.22, p = 0.03) and tibia (0.54 vs. 0.96, p = 0.08). In relaxometric measurements of 4 selected regions (femur and tibia, epiphysis and metaphysis), subjects with AN showed higher mean epiphyseal, but lower metaphyseal T1. The net AN-control difference between epiphysis and metaphysis was 70 msec in the femur (+31 vs -35 msec, p = 0.02) and of smaller magnitude in the tibia. In relaxometry data from the full width of the femur adjacent to the growth plate, AN subjects showed mean T1 consistently lower than in controls by 30-50 msec in virtually every part of the sampling region. These findings suggest that adolescents with AN exhibit premature conversion of hematopoietic to fat cells in the marrow of the peripheral skeleton, potentially due to adipocyte over osteoblast differentiation in the mesenchymal stem cell pool.

BACKGROUND: Anorexia nervosa (AN) and bulimia nervosa (BN) are classified as separate and distinct clinical disorders. Recently, there has been support for a transdiagnostic theory of eating disorders, which would reclassify them as one disorder. OBJECTIVE: To determine whether AN and BN are a single disorder with one cause or separate disorders with different causes. METHOD: Hill’s Criteria of Causation were used to test the hypothesis that AN and BN are one disorder with a single cause. Hill’s Criteria of Causation demand that the minimal conditions are needed to establish a causal relationship between two items which include all of the following: strength of association, consistency, temporality, biological gradient, plausibility, coherence, experimental evidence and analogy. RESULTS: The hypothesis that AN and BN have a single cause did not meet all of Hill’s Criteria of Causation. Strength of association, plausibility, analogy and some experimental evidence were met, but not consistency, specificity, temporality, biological gradient, coherence and most experimental evidence. CONCLUSIONS: The hypothesis that AN and BN are a single disorder with a common cause is not supported by Hill’s Criteria of Causation. This argues against the notion of a transdiagnostic theory of eating disorders. Drop-out rate in eating disorders: could it be a function of patient-therapist relationship? Morlino M et. al. Eat Weight Disord. 2007 Sep;12(3):e64-7. The factors influencing drop-out in eating disorders (ED) are still unclear. The aim of the present study was to determine whether compliance is strongly related to the patient-therapist relationship. Results found that out of the 100 patients enrolled, 53 withdraw, it was not influenced by EDI-II subscales, age, sex, education, EAT-40 score, duration of the disorder and diagnosis while it significantly decreased when GCI scores increased and decreased when the PPW was altered. CONCLUSION: These results seem to confirm that some psychological factors related to patient-therapist relationship can play a key role for a stable and continuous therapeutic program.

Dopamine impairments occur in anorexia nervosa. The aim of this study was to see whether treatment with the atypical dopamine antagonist antipsychotic olanzapine improves the disorder. Thirty anorexics, 18 restricted and 12 bingeing-purging, underwent a 3-month course of cognitive behavioral therapy, plus at random and double-blinded oral olanzapine (2.5 mg for 1 month, 5 mg for 2 months) in half and oral placebo in the other half of them. When stratified for anorexia nervosa subtype, BMI changes were significant among anorexia nervosa bingeing-purging patient, ‘depression’ (Hamilton Rating Scale) and ‘direct aggressiveness’ (Buss-Durkee Rating Scale) among anorexia nervosa bingeing-purging patients, ‘persistence’ (temprerament-characteristic inventory), among anorexics restricted patients, with a trend toward significance for obsessivity-compulsivity (Yale Brown Cornell for Eating Disorders Rating Scale). homovanilic acid blood levels increased significantly in the cognitive behavioral therapy+olanzapine group. No correlations were observed between homovanilic acid concentrations and psychopathological parameters. The pharmacological treatment can significantly improve specific aspects of anorexia nervosa.

Firat University School of Medicine Department of Psychiatry, Elazig/Turkey. A Turkish study from the Journal of Affective Disorders looked at regional brain volumes in males with body dysmorphic disorder (BDD), with no comorbidities, compared to age-matched controls. Volumetric MRI studys in patients with BDD focused on the neuroanatomy of the whole brain, total gray and white matter volume, and volumes of specific brain regions including the thalamus, caudate nucleus, anterior cingulate cortex, and the orbital frontal cortex. Specific finding of the brains of BDD subjects showed significant decreases in volumes of the orbital frontal cortex and the anterior cingulated cortex and a mean white matter volume larger than that of controls. There was also a trend toward increased thalamic volume in BDD patients compared with that of control subjects. The length of illness was also inversely correlated with orbital frontal cortex volumes in the patient group both on the left and right sides of the brain. While these preliminary findings provide further understanding into the biological differences with BDD patients, the scientists also conclude that these findings may be interpreted as further evidence for the inclusion of BDD among a group of obsessive-compulsive spectrum disorders.

The Department of Mental Health, Naples University, Italy examined the Blood concentrations of the satiety-inducing glucagon-like peptide-1 or (GLP-1). An intestinal hormone responsible for increasing insulin levels and decreasing glucagons levels, thus lowering blood sugar levels. GLP-1 levels were compared in 20 bulimic patients and 20 healthy controls to examine whether secretory impairment of the peptide could be involved in bulimia nervosa (BN). Basal GLP-1 values were higher in patients than in controls only in the blood samples taken at 16.00h, whereas no difference between patients and controls was observed in GLP-1 concentrations in response to the test meal stimulation. GLP-1 levels correlated positively with bingeing-vomiting frequency, with B.I.T.E. scores and the “bulimia” subitem scores of the EDI-2 scale, and negatively with the “ascetism” subitem score of the same scale.

We compared symptom patterns, severity of illness, and comorbidity in individuals with eating disorders with and without impulse control disorders (ICD), and documented the temporal pattern of illness onset. Lifetime ICD were present in 16.6% of 709 women with a history of eating disorders. The most common syndromes were compulsive buying disorder and kleptomania. ICD occurred more in individuals with binge eating subtypes, and were associated with significantly greater use of laxatives, diuretics, appetite suppressants and fasting, and with greater body image disturbance, higher harm avoidance, neuroticism, cognitive impulsivity, and lower self-directedness. In addition, individuals with ICD were more likely to have obsessive-compulsive disorder, any anxiety disorder, specific phobia, depression, cluster B personality disorder, avoidant personality disorder, and to use psychoactive substances. Among those with ICD, 62% reported the ICD predated the eating disorder and 45% reported the onset of both disorders within the same 3-year window. The presence of a lifetime ICD appears to be limited to eating disorders marked by binge eating and to be associated with worse eating-related psychopathology, more pathological personality traits, and more frequent comorbid Axis I and II conditions. Untreated ICD may complicate recovery from eating disorders.

Topiramate for the treatment of binge eating disorder associated with obesity: a placebo-controlled study.

BACKGROUND: In a single-center, placebo-controlled study, topiramate reduced binge eating and weight in patients with binge eating disorder (BED) and obesity. The current investigation evaluated the safety and efficacy of topiramate in a multicenter, placebo-controlled trial. METHODS: Eligible patients between 18 and 65 years with >or= 3 binge eating days/week and a body mass index (BMI) between 30 and 50 kg/m2 were randomized. RESULTS: A total of 407 patients enrolled; 13 failed to meet inclusion criteria, resulting in 195 topiramate and 199 placebo patients. Topiramate reduced binge eating days/week (-3.5 +/- 1.9 vs. -2.5 +/- 2.1), binge episodes/week (-5.0 +/- 4.3 vs. -3.4 +/- 3.8), weight (-4.5 +/- 5.1 kg vs. .2 +/- 3.2 kg), and BMI (-1.6 +/- 1.8 kg/m2 vs. .1 +/- 1.2 kg/m2) compared with placebo (p < .001). Topiramate induced binge eating remission in 58% of patients (placebo, 29%; p < .001). Discontinuation rates were 30% in each group; adverse events (AEs) were the most common reason for topiramate discontinuation (16%; placebo, 8%). Paresthesia, upper respiratory tract infection, somnolence, and nausea were the most common AEs with topiramate. CONCLUSIONS: This multicenter study in patients with BED associated with obesity demonstrated that topiramate was well tolerated and efficacious in improving the features of BED and in reducing obesity.

Predictive value of alexithymia in patients with eating disorders: A 3-year prospective study.